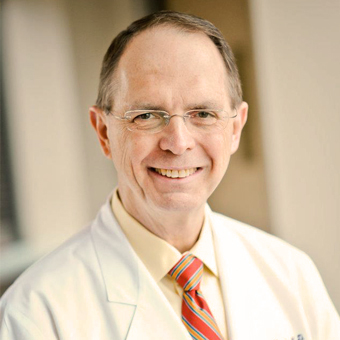 Flinn, a native Memphian, graduated from Central High School and was a 1965 graduate of University of Mississippi, where he was very active on his campus, joining many student organizations and was a member of Sigma Nu Fraternity.  After receiving his B.A. in Electrical Engineering, he went on to the University of Tennessee College of Medicine and graduated in 1969.

He started out as an electrician helper at Industrial Electric in Memphis, where he rewound 1000 HP cotton gin motors. He then became a doctor and has operated a diagnostic ultrasound mammography, CT and radiology practice in Memphis since 1976. He branched out into radio with Flinn Broadcasting Corporation, which he founded in 1988. The company has nine stations in Memphis and about 24 other stations in about 12 other states. Flinn is president of the medical imaging and X-ray practice The Flinn Clinic, and president of a skin products company, Personal Skin Trainer.

Dr. Flinn was appointed by the President of the United States to work at the National Institute of Health in Washington, D. C. while serving as a Commander in the United States Navy.  It was during this time that George became instilled with the desire to serve his community. Dr. George Flinn, Jr. was elected to the Shelby County Board of Commissioners on October 20, 2004 to fill the unexpired term of Linda Rendtorff.  He was publicly elected to continue serving District 1 on August 3, 2006. Commissioner Flinn was chairman of the Community Services Committee and vice-chairman of the Hospital and Health Committee. He also served as a member on the Budget and Finance; Law Enforcement, Fire, Corrections and Courts; Public Service and Tourism; Legislative; and Housing and Economic Development committees of the Shelby County Board of Commissioners.